Some of Salamis’ people arrived in the Caliphas area decades ago after escaping persecution of the Mwangi people in central Garund. Salamis parents were born in Garund but had lived most of their lives in Caliphas, by the time they had married the Mwangi community in Caliphas had diminished to just several families, and these were down on their luck, relegated to the poorest sections of the city. This was the situation that Salamis was born into, family living on the streets in a hovel down a dank alley. Despite all this destitution and sadness Salamis was a happy boy a very young age Salamis was abandoned in the slums of Caliphas. Salamis was born small and thin surviving through shear tenacity.

At the age of four his parents disappeared one night leaving him alone in the hovel. It did not take long for the locals to realise the real estate was up for grabs, and Salamis barely escaped that scuffle with his life.

Hiding in a sewer entrance for several days after his forced eviction, Salamis heard a curious sound, the sound of many insects moving deeper in the tunnels.
Always fascinated by the creeping and crawling things of the earth, Salamis ventured deeper into the tunnels under Caliphas, in the pitch dark slowly feeling his way, suddenly there was no floor beneath him and he slipped and fell down a sink hole, he fell for a long time, when he finally hit bottom his black world suddenly went white with pain and then the black of unconsciousness.

When he awoke Salamis felt like a carpet was moving across his body, he could catch slight glimpse of faint eerie light through the gaps of the thousands of bodies currently crawling across his.

He felt no fear as he could faintly hear what sounded like a voice within the movement of the crawling mass; this voice was speaking calmly to him, calling him by name to rise and move down the tunnel.

As Salamis rose the insects seemed to cling to him covering his naked body, keeping him warm, they did not bite or sting him, and he felt nothing but peace and calm from them.
Salamis entered a large chamber from the tunnel he had been walking down, in this chamber he was confronted by a huge centipede like creature, which turned at his approach and spoke.

Salamis responded in his broken common.

There is a brief pause and the creature shakes its massive head and then says in a different voice.

“You can call me Master and these creatures of mine will be your new family, they will take care of you….see food is here, sit and eat and rest”. Fruit seemed to move across the ground toward the small boy, as it got closer he realised it was being carried on the backs of hundreds of insects.

Salamis ate the food with relish, his stomach grumbling form the many days without. Despite his hunger he broke off pieces of the fruit to share with his new friends.

Salamis spent the next 10 years deep in the bowls of the earth, learning and training with the creatures and through them his new master.

He learned what his master required of him on a daily basis, and in return his master trained him in the natural ways of the insects and vermin, he learned to summon the vermin and control them, among other things.

When he was old enough he was sent up to the surface, always with a companion centipede of unusual size.

They crept about at night learning secrets and gathering things that the master needed.
After a time the master sent him further abroad to learn of the nations and peoples, that inhabit the top side. Salamis travelled to many of these surface places via underground ways that the master, via his minions, showed him.

He also met many beings in the underground places, and avoided many others.
Along the journeys and through the years the master led Salamis too many wondrous items that have Helped Salamis survive, although I am sure that they also help the master’s works in this world.

Salamis was taught the ways of the vermin druid, concentrating on the path of the creeping and crawling insects in all their sizes. It took many years for Salamis to grow in power, his master was proud of his progress.

Salamis liked his life, he liked being with his friends the insects, and he disliked and distrusted the surface dwellers, as their lives are far too complicated.

As he aged Salamis’s grew more accustomed to the darkness, and he took on more of his chosen beasts characteristics, his eyes grew larger and took on a shine enabling him to see in the darkness. He learned all the insects, their names and abilities.

He decided that his favourite was the centipede being the first that he saw when he first arrived in his master’s realm.

Salamis’s language skills improved but they had a distinct accent, with lots of hisses and clicks, he learned several languages all of which are heavily accented.

Somewhere deep in the under dark Salamis learned the art of tattooing from an ancient insect, with this skill he was now able to impress a permanent magical effect onto his friends.

Normally the master speaks very rarely to Salamis, but recently he has increased his communications, the master is worried about something happening on the surface. Something he is not happy about and would like stopped.

One day a huge centipede crawled out of the tunnels into Salamis’s lair. It spoke.

“I have a new mission for you Salamis, you are to travel to the surface, to the city of Caliphas, there you are to track down a small band of so called heroes and assist them in their quest…….you must not allow them to fail……..He must not be allowed to return……..gather your things and go at once……..Take Capurnicus with you he will be invaluable”.

+4 to saves vs. Disease and Vermin Effects (Su) You gain a +4 profane bonus on all saving throws against disease and against effects caused by vermin.
Animal Companion Link (Ex) You have a link with your Animal Companion.
Boots of the cat When falling, always land on feet and take the minimum damage.
Darkvision (60 feet) You can see in the dark (black and white vision only).
Demonic Obedience Defile yourself daily to prove devotion to a demon lord and gain benefits.
Immunity to Poison You are immune to poison.
Inscribe Magical Tattoo You can craft magical tattoos.
Low-Light Vision See twice as far as a human in low light, distinguishing color and detail.
Natural Spell You can cast spells while in Wild Shape.
Quick Wild Shape Wild shape quickly into a less powerful form
Ring of sustenance Immune to hunger and thirst, and only sleep two hours a night.
Share Spells with Companion (Ex) Can cast spells with a target of “you” on animal companion, as touch spells.
Snakeskin tunic +2 save vs. poison
Swarm Totemic Summons (Su) At 5th level, a swarm shaman can “lose” a prepared spell of 2nd level or higher in order to cast summon swarm, and summoned swarms gain temporary hit points equal to her druid level. The swarm will attack fleeing creatures normally, but the druid can
Swarm Wild Shape (Su) Shapeshift into a swarm one or more times per day.
Swarm’s Totem Transformation (Swift Action, 12 minutes/day) (Su) At 2nd level, a swarm shaman may adopt an aspect of the swarm while retaining her normal form. She gains one of the following bonuses:
- movement (move at normal speed while prone without penalty)
- senses (low-light vision, darkvision 60 ft.)
- armor (+2 Dodge bonus to AC)
Trackless Step (Ex) You do not leave a trail as you move through natural surroundings.
Vermin Heart Wild Empathy & spells that target animals may be used on Vermin.
Visage of the broodlord Immune to swarms’ distraction attack.
Wild Empathy +14 (Ex) Improve the attitude of an animal, as if using Diplomacy.
Wild Shape (6/day) (Su) Shapeshift into a different creature one or more times per day.
Wild Speech Speak while in wild shape
Woodland Stride (Ex) Move through undergrowth at normal speed. 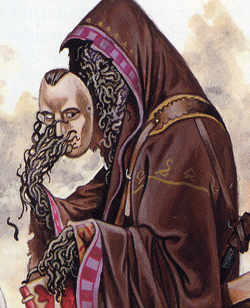