Paladin of the Holy Order of Truth

Birthplace
Born in the lowlands about 20 miles from Caliphas, Ustalav, in a fertile wine production valley. At birth, he was named after his paternal grandfather, François de Kellermann.

Family
Mother, Marie: alive, but completely senile. Father, Michael: dead (natural causes). Sister, Antoinette: married to a highish noble family in Ardis – has three children. Uncle, Gascoigne: looks after mother at and manages the old family vineyard. Has his own family, and does not regard me very well (believes I skipped out on the family).

Professions and Crafts
Plays the oboe at a very high level.

Possessions
An exquisitely made oboe that belonged to my maternal grandfather – family heirloom of very high value.

Existing Conflicts
Uncle, Gascoigne: does not regard me very well (believes I skipped out on the family). Sister, Antoinette: whilst still regarding me as family, as I have been gone for so long, does not know who I am anymore.

Duties and Obligations
Father was a member of the Order of the Palatine Eye and as a result I was admitted as a legacy. At first, did not take it seriously, but after the incident, it became a serious part of my life. Now I regard that membership as one of the most important aspects of his life. I will always consider the members of the IV Legion of Nex my family.

Significant Past Events
Joined the Order of the Palantine Eye at the behest of my father, though did not take it seriously. On my first mission, leading a group to assault an undead nest, everyone under my command was killed. Cleared officially of any wrongdoing, I felt deep responsibility for the loss of life under my command. Adrift in melancholy, I joined the Legions in distant Nex to fight the undead; they gave me a home, a family and a new name. I found this new purpose invigorating, and after 20 years service, I was in charge of the IV Legion. Forced to retire (as is the Legion’s practice), I returned to Ustalav to a land and people I had forgotten and who had forgotten me. Listless and without purpose, I drifted back to my old home. My uncle’s family initially welcomed me, but myself and my uncle soon fell to fighting; his words of scorn hurting me deeply. Without direction, but with many useful skills, the Order of the Palantine Eye sought me out. They found me in a pool of stale ale and vomit, but they soon set me on a new path, a purpose. Maybe redemption is here. Recently Lucius had been called upon by the order to seek the whereabouts of one of their members, Halloran Idriss, a paladin of Iomedae. Idriss had been tasked to investigating several murders and the disappearances of several other members of the Order. Lucius claimed that his investigations had lead him to the Church of Pharasma where it was believed a group of individuals, who were also investigating the matter, but from a different angle, were stationed. Upon arrival, it was clear that their investigations had made a turn for the worst as two of their members lay dead. It was clear that they required the Paladin’s assistance.

Mysteries
Sleep comes hard to me, dreams of friends lost, battles fought and battles yet to be fought.

Quests
Until I feel I have redeemed my family name and honour, I shall not take back me name. “François de Kellermann does not exist anymore, I am Praetor Lucius Macedonicus, formerly of the IV Legion of Nex”.

Aura of Courage +4 (10’ radius) (Su) You are immune to Fear. Allies within aura gain a morale bonus to saves vs Fear.
Aura of Good (Ex) The paladin has an Aura of Good with power equal to her class level.
Aura of Life +4/+2 (10’ radius) (Su) Gain a bonus on saves vs negative levels, allies in range gain lesser bonus.
Detect Undead (Su) This ability works like the standard paladin ability to detect evil, except as detect undead instead of detect evil. This ability replaces detect evil.
Divine Bond (Weapon +2, 9 mins, 2/day) (Sp) Weapon shines with light and gains enhancement bonuses or chosen properties.
Favored Enemy (Undead +2) (Ex) +2 to rolls vs Favored Enemy (Undead).
Ghost Touch Aura (Su) At 3rd level, the paladin’s armor is treated as if it had the ghost touch armor property. This does not affect the cost or effect of any other abilities of the armor. At 9th level, this ability also applies to the paladin’s shield. This abilit
Greater Bull Rush When bull rushing, foe’s movement provokes AoO from your allies.
Immunity to Disease You are immune to diseases.
Immunity to Fear (Ex) You are immune to all fear effects.
Improved Bull Rush You don’t provoke attacks of opportunity when bull rushing.
Improved Shield Bash You still get your shield bonus while using Shield Bash.
Lay on Hands (4d6, 9/day) (Su) You can heal 4d6 damage, 9/day
Mercy (Poisoned) (Su) When you use your lay on hands ability, it also neutralizes poisons, as per the neutralize poison spell at a caster level of your Paladin level.
Paladin Channel Positive Energy 5d6 (4/day, DC 19) (Su) Positive energy heals the living and harms the undead; negative has the reverse effect.
Power Attack -3/+6 You can subtract from your attack roll to add to your damage.
Shield Master No off-hand penalties for shield bashes, add a shield’s enhancement bonus to attack rolls.
Shield Slam Shield Bash attack gives a free bull rush on a hit.
Smite Evil (3/day) (Su) +5 to hit, +9 to damage, +5 deflection bonus to AC when used.
Subject of Study (Undead) Professor Lorrimor approached you as part of his studies, as he had heard that you had survived a recent encounter with a strange monster or had another fateful encounter. Interested in the conditions of the run-in and the means by which you avoided
Track +1 Add the listed bonus to survival checks made to track.
Wild Empathy +7 (Ex) Improve the attitude of an animal, as if using Diplomacy. 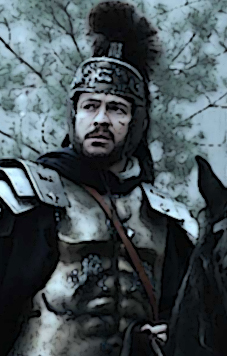